Why Are Alt Attributes on Images Important for SEO? 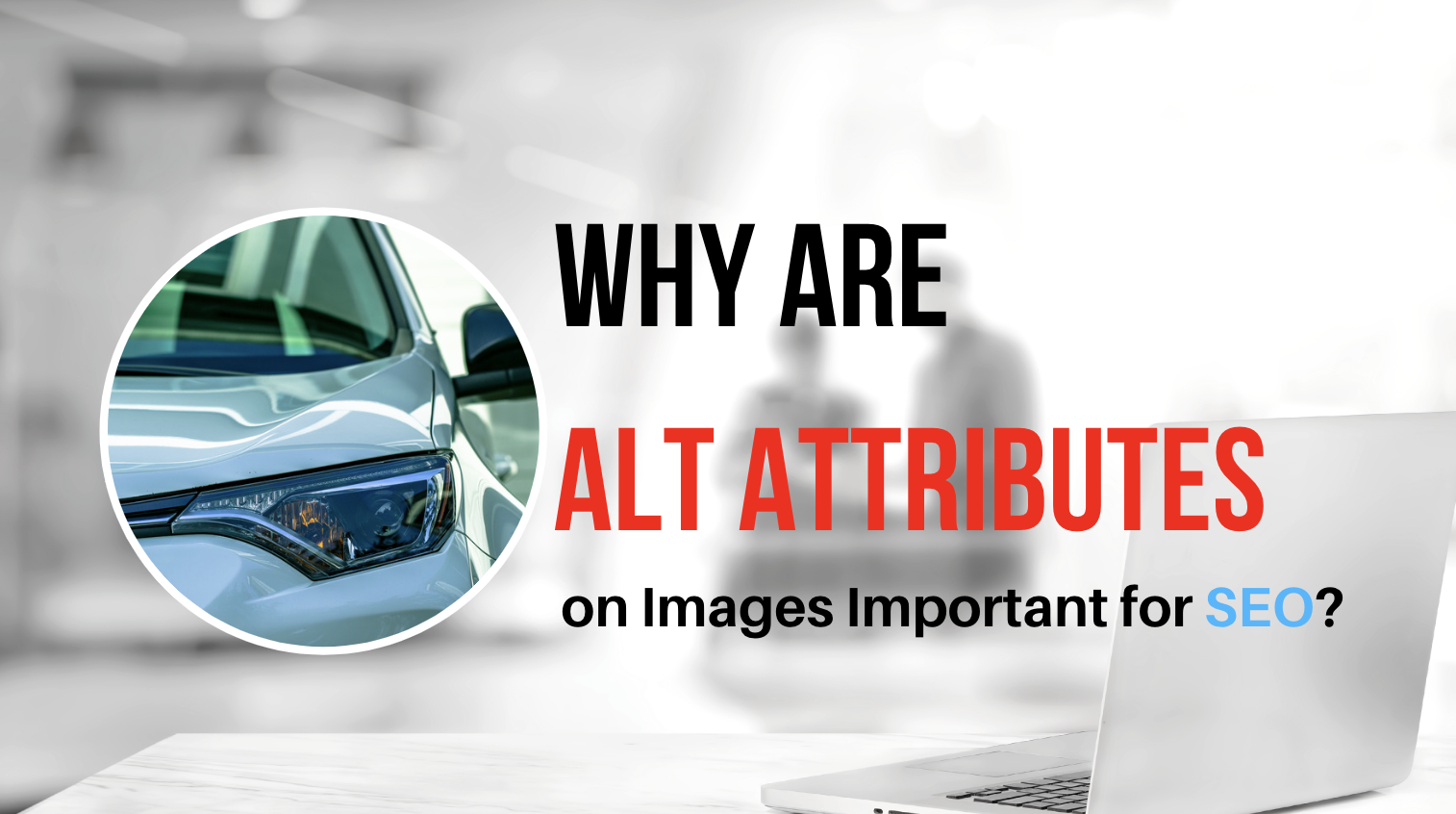 It’s a slice of the optimization pie that often gets overlooked, but none the less plays an integral role for optimizing a landing page to the fullest.  We’re talking about applying alt attributes to your images and why it’s important for SEO.

Whether you call it an alt attribute, alt tag, or alt text, it all refers to the same thing: labeling the images you use on your website.  This is not to be confused with writing a caption for your image, which shows up directly beneath or beside an image on the landing page.

The alt attribute is behind the scenes just like your meta description and meta title would be for the landing page SEO.

The most fundamental reasoning behind using alt attributes is for helping those who cannot see what is actually on the page, however over time it has become an essential aspect to optimizing landing pages for the desired keyword or keyword combination.

Serving the Blind and Visually Impaired

Alt attributes are used by screen readers which are devices that serve the blind and visually impaired by reading, or speaking, the content of a page out loud to the user.

When a screen reader comes across an image, in order to describe what the image is showing, it uses the description in the alt attributes and reads that aloud to the visually impaired user.  With this feature, the user can still take away some value to the image on the page.

Alt attributes serve as a vital element to your SEO strategy.

By adding an alt description or series of alt tags with the right keywords, you tether a visual element to your keyword that otherwise might not be identifiable by Google and other search engines.  Not only does adding these details help optimize a specific page for the proper keywords, but it’s also an SEO best practice for your site as a whole.

You’re also letting search engines know that the visual content has everything to do with the written content on this landing page, making it a more well-rounded and robust SEO effort.

If your site is having a bad day and your images won’t load, the alt attribute will appear instead and tell your viewers what image it is supposed to be depicting -just like it would for a screen reader.

As you can see in the example above, the alt attribute in this instance gives you a clue as to what the image should be and it’s definitely better than just the sad broken URL image.

However, at the end of the day, you’ll still want to resolve the issue that’s causing the image not to show in the first place.

You can use alt attributes to help your image rank in Google images as well as for other search engines.

Say for instance you’re searching for an image of the new Toyota Camry.  When you type “2019 Toyota Camry” into your search bar, the first images to pop up are usually from the OEM Toyota website or an automotive publication like Motor Trend because when they posted the pictures of the new Toyota Camry they properly labeled them as such in the alt attributes of that image.

Use Images to Drive Local Traffic to Your Site

So why exactly would a car dealer want their images to rank on Google?

Well if a curious buyer started searching for a 2017 Toyota Tacoma in Nashville, TN, the (properly optimized) photo of the sleek TRD Pro model you just got in could appear in the top search results and lead that shopper directly to your website.

And at the very least, it’s an SEO Best Practice that improves the overall health of your website. Don’t you want to control what search engines know about your landing pages rather than just have them assuming?  Because you know what they say when people (and search engines) are left to assume…

Bad joke, I know.  But for real, to learn more about how to use alt attributes for your SEO strategy, check out what my associate, Kayla Maneen, has to say about the importance of geotagging in her blog post.

For more on SEO Best Practices and other digital marketing tips and tricks, subscribe to the Dealer Authority newsletter below!