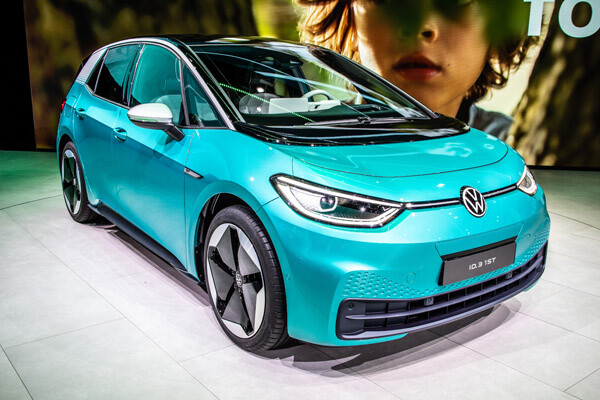 Are you thinking about getting an electric car? It must have been a thought in your mind at least once or twice. People are becoming more conscious when it comes to environmentally-friendly vehicles. If you look around, major auto manufacturers have been hitching their wagons to the “electric train” in recent years. We’re here to take a closer look at one vehicle, in particular, the Volkswagen ID.3.

The Volkswagen I.D. is a concept electric car based on the MEB platform and part of the I.D. Series. It was first shown as a prototype at the September 2016 Paris Motor Show, and three years later, Volkswagen unveiled the production version at the Frankfort Auto Show. This vehicle displays amazing curves and radiant colors. It is sleek and shows off the brilliance of how a futuristic car in the 2000s should be modeled.

The current push of electric vehicles is strong and rapidly gaining traction all over the world. It makes a lot of sense; own a car that doesn’t need gas, and it’s excellent for the planet. You would be hard-pressed to find many people who are not on board with that philosophy. Volkswagen has stern plans to be the definitive auto manufacturer regarding electric vehicles. V.W. plans to have 22 million electric cars on the road by the year 2030. That’s a bold move, and we’re watching to see how it pays off. With that ambition, there are some major concerns to address.

Shopping for an electric car is still a niche activity. Less than 2% of the automotive market is made up of electric car sales. They typically cost more money than traditional gas-powered cars. There aren’t nearly as many charging stations as gas stations in the country. If you’re going on a road trip, you would need to research to figure out your travel route to coincide with accessible charging stations. With that being said, auto manufacturers have spent billions of dollars developing electric vehicles. Volkswagen has a lot riding on the ID.3. The promise of a roomy interior, brisk acceleration, and battery range of up to 340 miles will raise eyebrows everywhere. The ID.3 will pique deeper levels of curiosity that will turn into direct attention, and eventually, desire. V.W. has stated that the ID.3 is 40% less expensive to build than the e-Golf (an electric vehicle that has been available to purchase for years). Volkswagen believes in the ID.3 so much that they are going to price the base model below $33,000. This is an electric car that everyone will have the chance to own.

So, what do we know about the ID.3 so far? First of all, it will have three different battery sizes, which will determine the maximum mile range. A 45 kWh battery tops out at 205 miles, a 58 kWh battery will get you 261 miles, and the 77 kWh battery with that tops out at 340 miles. The top speed for the first two battery sizes is 99 mph. The maximum speed for the largest battery is currently unknown. In regards to the battery warranty, it covers eight years or 100,000 miles, whichever comes first. From top to bottom, this sounds like an excellent car. Well, maybe you should sit down for this. Volkswagen has confirmed that the ID.3 will NOT be sold in the United States.

Are we upset? Sure.

Are we hopeful that we can drive it one day? Yes.

If Volkswagen truly wants to dominate the electric car market on the planet, their cars will eventually be sold here. It is inevitable as a Northeastern sunrise in July. We have faith that the ID.3 will come here someday. So, we’ll keep our eyes open and wait.