The Gift of Going Viral 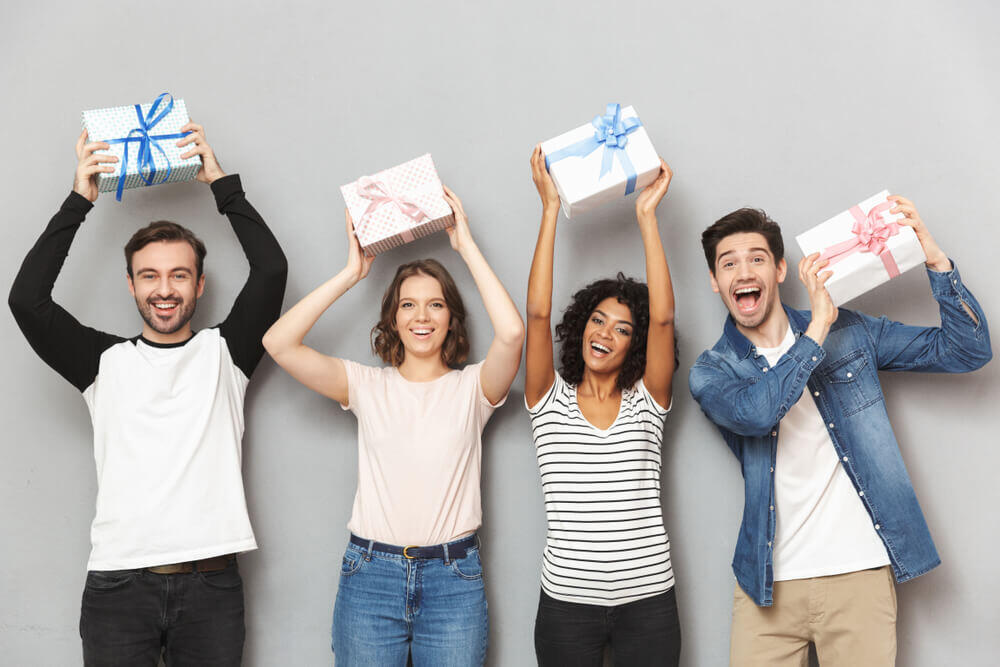 Many (if not all) brands want it, but few achieve it: “going viral.” It’s hard to achieve, and even harder to do organically. So is there a way to harness this power, a formula for creating content that will undoubtedly go viral? Let’s dig in.

Wait, What is Going Viral?

We’ve all heard the term “viral video” or “viral” in general to describe some social media or marketing content. What it means, according to Merriam-Webster, is any content that rapidly spreads across the internet to a massive number of users, generally via some social media platform. This sounds so simple, but it’s an elusive feat for most users. How do you create content that will go viral? And once you do, how do you know which platform to distribute it through to ensure its success? This is where it gets even trickier. Looking at one of the biggest viral campaigns over the past year, we can learn a lot about some of the keys to going viral.

It All Started with a Chicken Sandwich

When you think of viral content over the past year, a few big hits surely come to mind, but Popeyes, the fast-food fried chicken chain, really stands out. Back in August, they launched their first chicken sandwich, and an internet rivalry erupted with another popular chicken chain, Chick-fil-A, whose chicken sandwich is an iconic part of their brand. Chick-fil-A tried to start some beef with Popeyes over Twitter, claiming they have “the original chicken sandwich,” and Popeyes took the opportunity to clap-back at the threatened brand, generating intrigue among followers. What truly started the hype was a combination of a good product paired with reaching the right customers through social media. Popeyes used limited test runs of the sandwich at select locations before releasing the product across all stores, and this got the interest started with testers posting on social media platforms like Instagram and Twitter. Once customers started posting, Popeyes’ marketing team jumped in to keep the engagement and interactions going on these platforms. The buzz got so big that once they rolled the sandwich out company-wide, they sold out in two short weeks.

Obviously, having a product sell out almost instantly is a reason to add this to their offerings full-time. But Popeyes’ marketing team didn’t let the chain simply roll out the chicken sandwich as a permanent menu item without careful marketing considerations. They capitalized on what some consider their competition’s Achille’s heel: Chick-fil-A’s well-known Sunday closures. When announcing the chicken sandwich would become a permanent menu item, the re-release of the sandwich was set to happen on Sunday, November 3rd, a date where there would be no risk of chicken-sandwich-enthusiasts opting to dine at Chick-fil-A instead. This prompted more social media interaction and kept people following along on social platforms.

How to Harness Virality for your Dealership

So you might be thinking, “I sell cars, what does a chicken sandwich have to do with that?” Regardless of your field, you can harness similar viral-fuel for your business to create hype in the Twittersphere, or whatever social media platform works best for your business. The first step in creating content that is likely to go viral is to create content that sparks an emotional response. Whether it’s a beef between chicken chains with loyal fans on Twitter, Youtube video featuring kittens for the cute-factor, or a hilarious meme on Instagram, you want your post to elicit an emotional response of some sort. This gives it the shareability factor. The key is to start a conversation, whether it’s between you and your customers directly, or your customers sharing it to spark a dialogue with their friends and followers.

One other crucial factor to viral posts is something that might seem counterintuitive to a marketing strategy: don’t overly self-promote. Posts that go viral do so because people want to share them, and no one gets inspired to share something that seems desperately sales-focused. Let’s look at the Popeyes example again: how it started was with a simple ad announcement of their sandwich, and then Chick-fil-A felt the need to respond. They didn’t start by saying that their sandwich was better, or by pushing it too hard. While it started with an ad, the conversation that followed was organic and created interest with witty banter between the brands. Having a team that is ready to create this type of fun, original content rather than generic pushy content is key.

The Right Place at the Right Time with the Right Content

Yes, it’s true that part of the “right place at the right time” mantra is a little bit of pure luck. But with proper planning and a dedicated marketing team who is willing to think outside the box, Popeyes was able to capitalize on this virality and keep it going well past its initial hype. While luck can be a factor, the only way to truly go viral and maintain that virality is to have a brilliant team who understand the nuances of social media platforms. This type of team can recognize an opportunity to go viral when it’s presented and will act accordingly to ensure success. Does this sound like your social media and marketing teams? If it doesn’t we may know someone who can help.

The History of Electric Vehicles: How It Started, How It’s Going, Where It’s Headed

After facing extinction several times, EVs have progressed to become the future of the automotive industry. Let's check out the history of electric vehicles and how they've evolved over time. How it Started: a Cleaner Way to Travel Electric vehicles are hardly a...
Read More

Now more than ever, dealerships are seeing the full value of quality social media management. During these difficult times, customers are turning to Facebook for information. Whether it's as simple as knowing what hours your service department is open or if you're...
Read More

With some restrictions being lifted on what platform a dealership can represent itself on, many car dealers are in the process of switching website providers. Many dealers opting for change may have been locked into a contract with CDK Global, now known as Sincro...
Read More

Quality Video Content Converts Online Car ShoppersThere’s no doubt that video has become an invaluable commodity to businesses across the world for everything from product showcasing to employee Q&A sessions. The stats don’t lie: According to Hubspot, 54% of...
Read More

We enjoy talking about automobiles. It's kinda our thing, you know? Every once in a while, a vehicle comes along that instantly captivates the consumer. Your first glance of the exterior immediately becomes a second, then a third, until you're basically just...
Read More