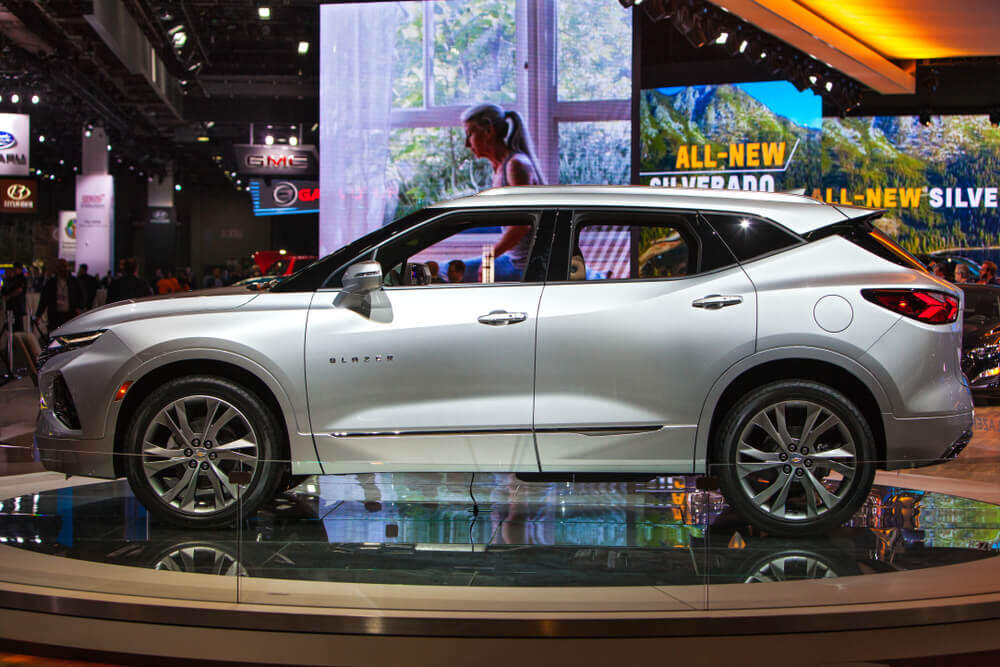 When it comes to familiar names in automotive, the Chevy Blazer is one that is hard to forget. It’s safe to assume that everyone in the United States currently over the age of 35 probably knows someone that owned a Blazer at one point or another – that’s how popular the Blazer has always been. The original Chevy Blazer (K5) hit the market in 1969 as Chevrolet’s smallest SUV at the time. The earlier model of the Blazer had a removable top option up until 1975, was marketed as an off-road vehicle, and included a choice between a three-speed automatic transmission Turbo Hydromatic, a three-speed manual transmission, and a four-speed Synchromesh manual transmission. Then just like that, in 1995 the vehicle was discontinued and replaced by the Tahoe to the shogun of Blazer-lovers everywhere.

Starting at the end of last year, rumblings in the automotive industry started talking about the new Blazer that Chevrolet would release in 2019. Now, the Blazer is back and better than ever. Or is it?

The Blazer that most people seem to recognize was the S-10 model. Chevy gave buyers a choice to suit their needs. You could get the K5 (which was built on the chassis of a full-sized pick-up) or the S-10 (built in the frame of a compact pick-up). Eventually, by 2005, both models were discontinued. The Tahoe replaced the K5, and the Equinox crossover SUV replaced the S-10.

The all-new and revamped Blazer has a lot going for it. The 2019 Blazer is on a car-based unibody platform (it’s a crossover now) and the model between the Equinox and Traverse. Not only is it attractive, but it also has some serious power. Under the hood, the 2019 Blazer has two engine options. You can go with the 2.5-liter 4-cylinder engine that delivers 193 horsepower and 188 pound-feet of torque or the 3.6-liter V6 choice that produces 305 horsepower and 269 pound-feet of torque.

Avid fans of the vintage model may have some trepidations over the Chevy Blazer redesign. What was once a utilitarian SUV is now a sleek, luxury-inspired cross-over vehicle. Is it really a redesign of the Blazer or just more or less a completely different car? We will let those that test drives the new model to be the judge of that.

Overall, now that the Blazer is back, people are pretty excited to own it. There’s something about saying “I own a Chevy Blazer” that sends chills of excitement through a car enthusiast’s body. Considering the history associated with that nameplate, owning the Blazer adds to the tradition of driving excitement.