In our State of Automotive Q3 2020 infographic, our digital marketing team took the temperature of the industry. Let’s take a look at some of the key notes, trends, and statistics in the industry. For expert advice navigating your dealership through Q4 and beyond, give us a call.

Which Automakers Led the Pack in Q3?

Our third-party data partner, Oracle, crunched the Q3 numbers from GoodCarBadCar.net, calculating that the top 35 auto brands sold four million new vehicles from July through September. Which automakers came out on top?

SUVs Dominate the Road—and the Market

You probably don’t need a spreadsheet to tell you that SUVs are more popular than ever. Even before the pandemic drove fuel costs down, drivers were choosing these vehicles in overwhelming numbers. SUVs made up 50% of all new vehicle registrations in the U.S. from January through July 2020. Among luxury brands, that number jumps to 64%.

Although statistics based on body style is a relatively new data point in the industry, this marks the first time since this information has been captured that a single body style has accounted for half of all new vehicle registrations. It’s definitely a trend to keep an eye on, especially as manufacturers expand their SUV lineups to include hybrid and alternative fuel options.

Even in a Pandemic, People Continue to Buy New Vehicles

As states started to ease COVID-related restrictions throughout Q3, people began venturing outside of their homes again. Offers and incentives have enticed more consumers to visit dealer showrooms, helping to nudge the industry closer toward recovery. The Seasonally Adjusted Annual Rate bumped up to 16.3 million in September compared to 15.2 million in August. Automakers are looking for new model year vehicles appearing in showrooms later in the year to lift the SAAR even higher through the final quarter of 2020. 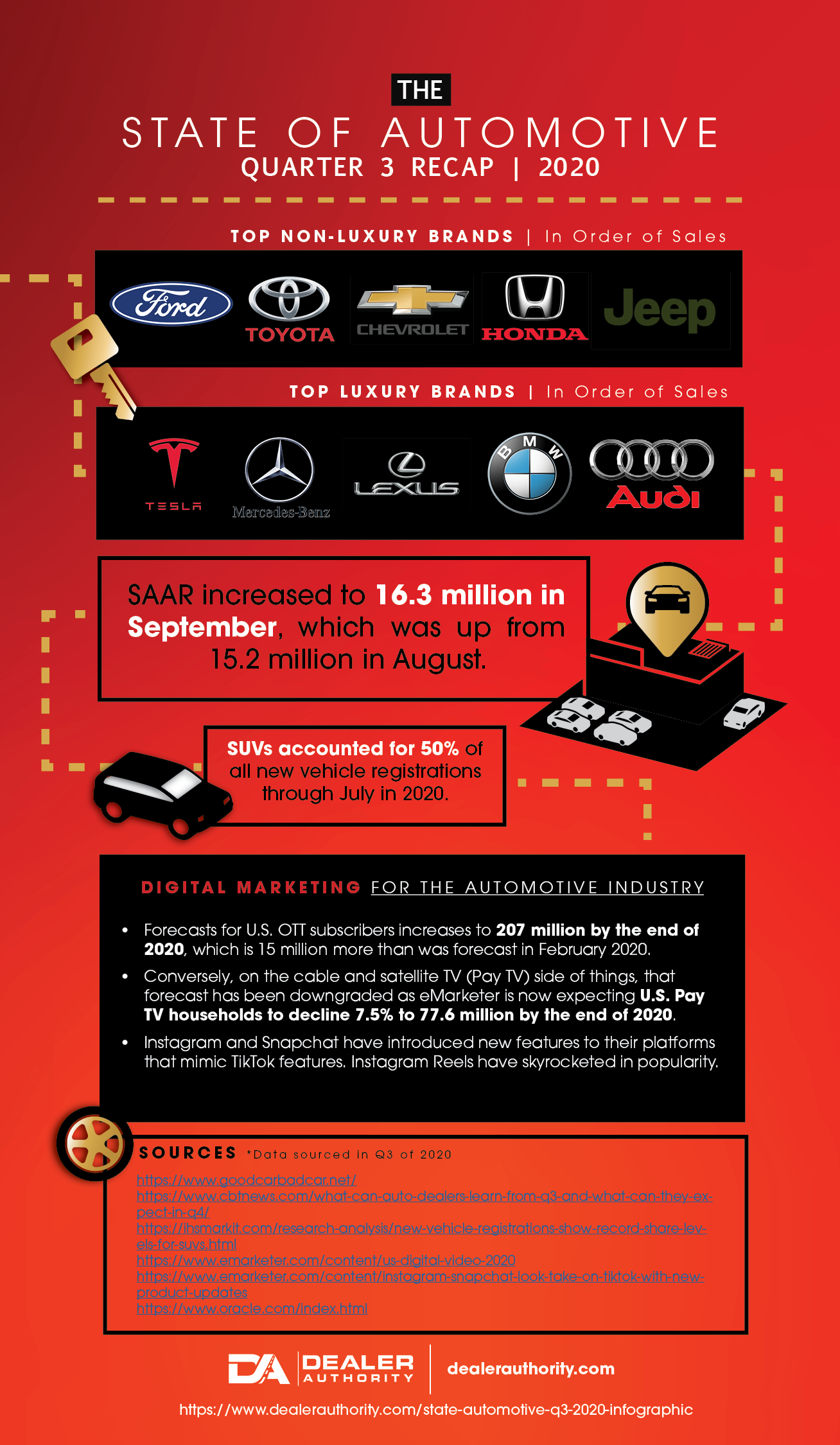 OTT subscriptions (think devices such as Roku and Amazon Fire TV and services such as Disney+ and Hulu) saw significant growth as viewers look for more relevant entertainment options for their money. Pre-pandemic lockdown forecasts in February showed OTT subscribers increasing to 197.2 million by the end of 2020. However, in August, that number jumped to over 207 million.

The news isn’t nearly so good for cable and satellite TV providers. According to eMarketer, Pay-TV households in the U.S. are expected to drop to 77.6 million by the end of 2020—that’s a drop of 7.5%. 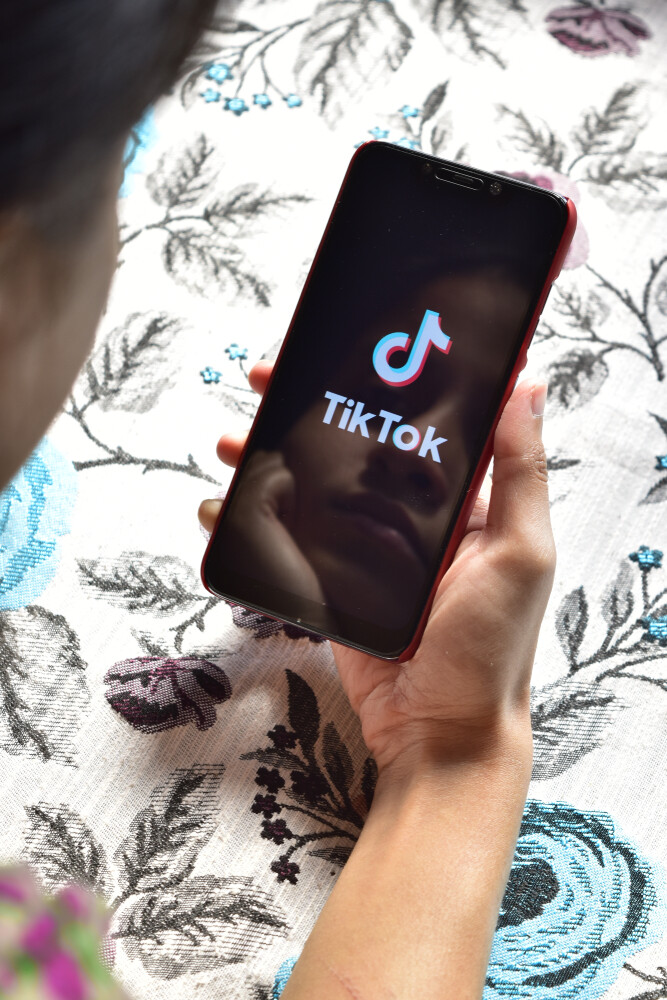 If you spend any time on social media, you can’t escape the viral popularity of TikTok videos. It certainly hasn’t escaped Snapchat and Instagram’s notice. Both platforms have rolled out new features that mimic TikTok.

For Facebook-owned Instagram, this strategy is nothing new. Facebook has a long history of cloning popular features from other platforms, including Stories (lifted right out of Snapchat) and even the infamous Like button.

As Instagram Reels and Snapchat’s updates become more widely available to their user bases, more businesses will be looking for ways to leverage these features to engage with their customers.

Is your dealership taking advantage of social media channels to reach car shoppers in your community? You absolutely should!

If you need help getting started, our social media mavens can help you hit the ground running with a solid strategy that targets the right buyers.

Dusting Off and Moving Forward

Although it’s been a tumultuous year across the board, our State of Automotive Q3 2020 infographic shows that there have been some bright spots and greater hope for recovery.

The team at Dealer Authority can help you set your dealership up for success in the coming year.  Our digital marketing experts will work with you to develop a complete strategy, from SEO to social media.

Ready for more info after checking out our infographic?