Cars We’re Into – The Porsche Taycan 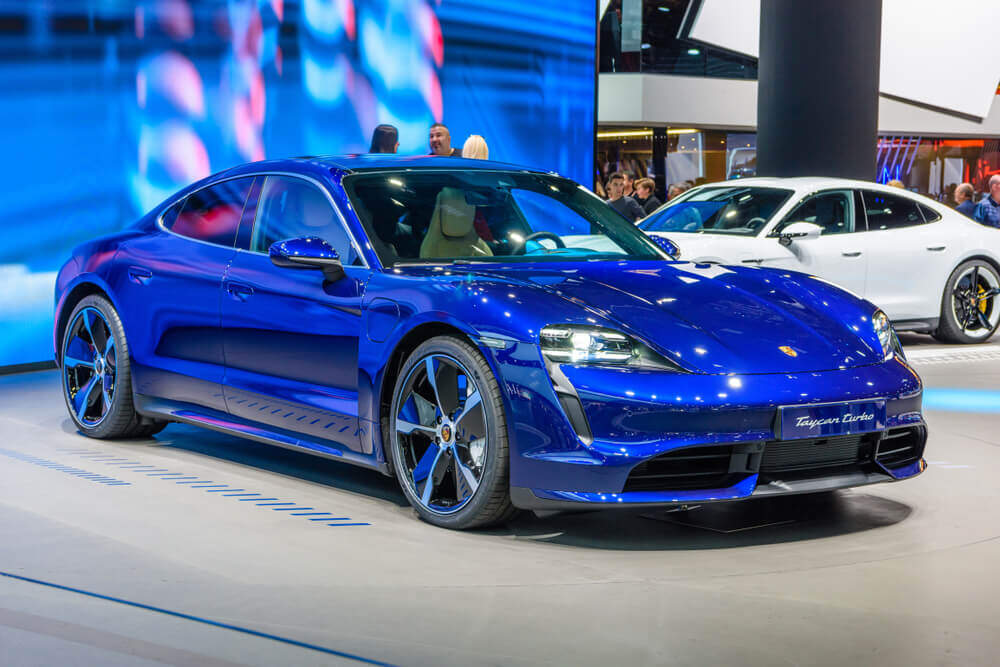 The history of Porsche dates back to 1948, where founder Ferdinand Porsche created the brand with just 200 workers. The first model, the Porsche 356, came out later that year. In 1952, Porsche released its most popular model, the 550 Spyder. The brand grew to the point where the 10,000th Porsche was burning gas by its 25th anniversary. Over time, the models have evolved with modern times with advanced safety features and fantastic technology. All of this happened while still maintaining the luxurious standards and high performance expected by Porsche owners.

Of all the models made by Porsche, we’re particularly interested in the Taycan. This is a huge deal for the brand for so many reasons. There’s no denying the appeal of the Taycan. An attractive and sleek high-performance electric car from one of the most adored auto companies on Earth? Yes, please! Where does the line start to get one? Meanwhile, the new Taycan will have three models: the 4S, the Taycan Turbo, and the Turbo S. No matter which model you choose, you get two electric motors, one for each axle, and a large 93.4 kWh battery pack in-between.

The Need for Speed – The Taycan Turbo

Either model you pick, trust us, you will experience true power in your hands. The 4S is the “base” model. It will give you approximately 522-horsepower. The Taycan Turbo generates 670-horsepower and 626 pound-feet of torque, which gets it to 60 mph in 3.2 seconds. If you want serious power and performance, the Turbo S is what you seek. It offers 750-horsepower and 774 pound-feet of torque. That gives you zero to 60 mph in 2.6-seconds while reaching the quarter-mile in approximately 10.8-seconds. Do you need to re-read that last sentence? Go ahead; we’ll wait.

Speed comes at a cost

We’re imagining that you’re reading this article, thinking, “How much are these cars anyway?” (Yes, we can occasionally read minds.) Here’s what we know regarding the pricing:

Even with those prices, keep in mind that there are a robust amount of options available for the Taycan.

The Porsche Taycan is the first all-electric production supercar from a giant in the automotive industry. As an owner, you maintain a particular type of status behind the wheel of a Porsche. This is also accurate for people who drive an electric vehicle. The stigma associated with driving a “fancy gas guzzler” is going away, one luxurious new model at a time. The Taycan has made such an impact (so far) that Esquire magazine just named it their Car of the Year. That’s pretty cool. Referring back to our November 2019 article, buying an electric vehicle is a niche activity. Here’s what we’re starting to realize; maybe the price tag doesn’t matter? We will let you be the judge.

Curious about new developments in Social Media for dealers?  Learn more below!

Facebook makes it very easy to spend money on their ad platform. Getting results is a whole different story. Hopefully, by now your dealership has at least experimented with spending money on Facebook. It is really the only way to get true targeted results. Many will...
Read More

Are you an aggressive car dealership that will accept nothing short of absolute domination of your competitors? Have you ever been promised the world by an automotive vendor, only to find that your expectations and their results didn't match at all? Are you tired of...
Read More

A Force for Good: Cause Marketing with Dealer Authority

Winston Churchill once said, “We make a living by what we get. We make a life by what we give.” At Dealer Authority giving back is a core philosophy. Our team of automotive social media strategists loves integrating local non-profit organizations into our dealers’...
Read More

Copyright Law 101: How to Keep Your Social Media Accounts Compliant

Social media is a fickle beast. What worked yesterday may not work today but may work again tomorrow. In the case of asking for social actions, it's a trend that died a little while ago and likely will not return. Anyone who has spent any time on social media has seen...
Read More

How to Make Fans and Influence Car Buyers on Social Media

[vc_row][vc_column width="1/1"][vc_column_text]This is going to be the first DealerOn webinar that we've done as a company. It's exciting! This is the first time we're doing this particular presentation as well, so it's all fresh material. Social media has the ability...
Read More

Another dealership website analysis and digital marketing proposal went into the books yesterday. We looked at what a dealership was doing and made recommendations about what they should be doing in the near future. The response was similar to what we typically...
Read More

Instagram is a great place to show off your dealership’s inventory, highlight beautiful classic cars from years past, and connect with the auto enthusiasts around your community. But have you ever thought about the practical implications of using the platform to...
Read More

Your social media presence is the face of your dealership that reveals your personality. As a well-known local business with a large following and fan-base, you have the power to influence and make changes in your community by allowing your followers to see who you...
Read More

Setting up Facebook for car dealers is not hard but it does require time and energy to do correctly. Once your page is established, it is important to post regularly and invest in a post-engagement budget. You should also take advantage of hyper-targeted Facebook ads to reach in-market car shoppers with more direct sales messages than you would post on your timeline.