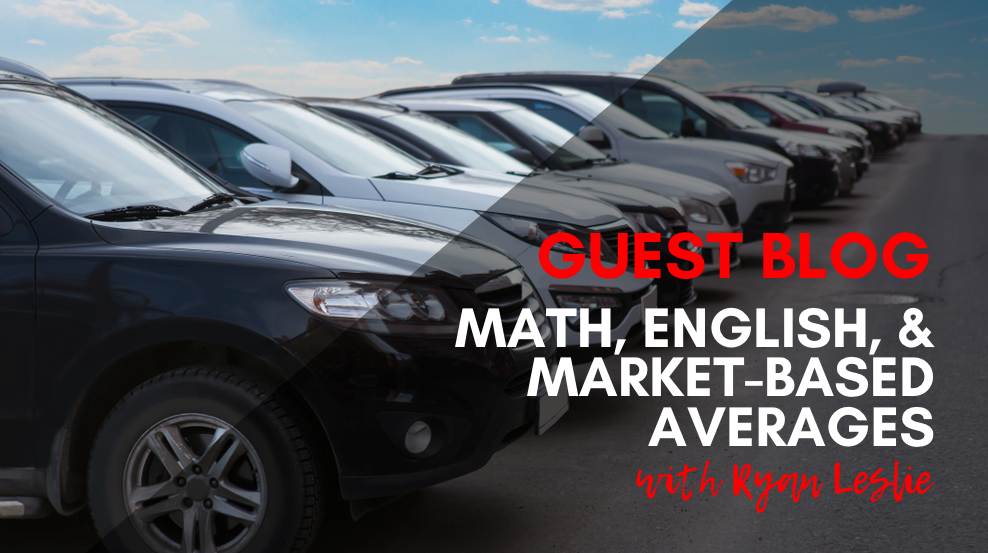 Another school year has come to a close. The years continue to hurtle by like a bullet train, you can see them coming from a long distance and just don’t realize how fast they are moving until they are right in front of you. It seems like just last week my kids were preparing for their first day of class, and now they are preparing for a summer full of endless video games and freedom from homework. I’ll give them the weekend before I crush those fantasies with the “homework” I have planned for them.

My youngest son favors his mother when it comes to academic endeavors. He is studious and a capable young mathematician. I had an interesting conversation with him on the way to school as the year was winding down and finals were approaching.

“Hey, are you worried about any of your finals?”

“Nope, I almost studied for most of them,” he replied with a dry, sarcastic smirk. That is a trait he inherited from me.

“At the last parent-teacher conference, your math teacher told us that the final was not easy and that the previous class average was a low B.”

“I know, but the grade I’ll get on the test is not the class average, Dad, I’m an ABOVE average student. I get my score, not the average score.”

“Confidence is good Son… but pride does come before the fall… crack your book, Bud.”

In the last 16 years working with dealers, I could not name one that strove for average, nobody wants to be average.

Yet, one of the key metrics that many use to drive their inventory decisions is precisely that. “Market Day Supply” is an average that misleads more than it manages.

I want to tread lightly and speak clearly because I know that this metric runs deep in many dealer’s processes. I mean no disrespect at all to the company or individual that pioneered, evangelized, and popularized “Market Day Supply.” It was a foundational change at the time that it was launched a decade ago, but the pendulum has swung too far, and dealers need to re-evaluate the effectiveness of decision making with this simple and broad average.

For those that aren’t familiar, Market Day Supply is calculated by dividing the current number of comparable vehicles by the average daily retail sales rate, for the same comparables, over the past 45 days.

This metric alleges to express the relationship of a vehicle’s desirability in a specific market based on supply and demand. Dealers use this metric in three ways — as a goal to assess how quickly a particular vehicle might take to retail, as a benchmark for their inventory’s overall market appeal, and as a guide to making initial and ongoing used vehicle pricing decisions.

Therein lies the problem. The variable that plays the most significant role is missing from the equation, and just like a math final, the average doesn’t mean anything to the individual. Individual performance is the only variable that truly matters. Said another way, the average market price or days on lot for your inventory matters as much to your financial statements as the average test score does to my son. That average isn’t his grade, and the market average isn’t your actual days on lot or gross.

MDS seems logical, which is why the adoption rate of this metric has been so high, so we decided to do a study to test it. We monitored 96 2017 Altima S in LA that was on the market on May 22nd 2018. The MDS prediction was 36 days. The average days on lot for these vehicles was 39 days. MDS was off by just 3 days. That’s great, right? Maybe not.

When you look closer, you find that about half of the Altima’s sold slower than the Market Day Supply of 36 days. In fact, 17 sold more than 50% slower, eight sold more than 100% slower, and four sold more than 150% slower. In the worst case, it took 114 days to move an Altima off the lot that had a 36 day MDS.

On the flip side, about half of the Altimas sold faster than 36 days. ONLY TWO vehicles sold within three days of the MDS estimate. A comprehensive, market-based average is akin to a coin toss. Half of the cars are going to sell faster, and half are going to sell slower than the Market Day Supply.

When you apply the variable that matters most to the equation, the individual dealer, you can see the flaw with MDS quite clearly.

If you had to place a bet on the time to retail a pre-owned Altima, would you put your money on a Nissan dealer with an excellent reputation and OEM approved facility that is locally known for low mileage creme puff Altima, lease returns, and has the ability to demonstrate the value of a pre-owned unit to new car shoppers? Or would you put your money on an independent dealer that stocks mostly higher mileage diesel F-250’s that happened to keep an Altima they took as a trade? Who retails that unit faster in the real world? Again, the MDS is the same, but are the sales teams equally as knowledgeable? Can they do the same walk around and point out all of the features and benefits of the Altima that make it more valuable than an Accord or Camry? Do they offer the same levels of reconditioning? Do they demonstrate the same overall perception of value to the consumer?

If we agree that it is unreasonable to expect that these two distinctly different dealerships would sell an Altima equally well, should we not question the metric that suggests that they will?

Ryan Leslie is the Vice President of Sales at CarStory. Mr. Leslie is an executive with a talent for motivating direct reports and communicating complex ideas via the spoken and the written word, with over 16 years of experience working in consultative sales and customer support experience with tier 3 automotive retail.