3 Reasons that Craigslist is a Car Dealer’s Best Friend 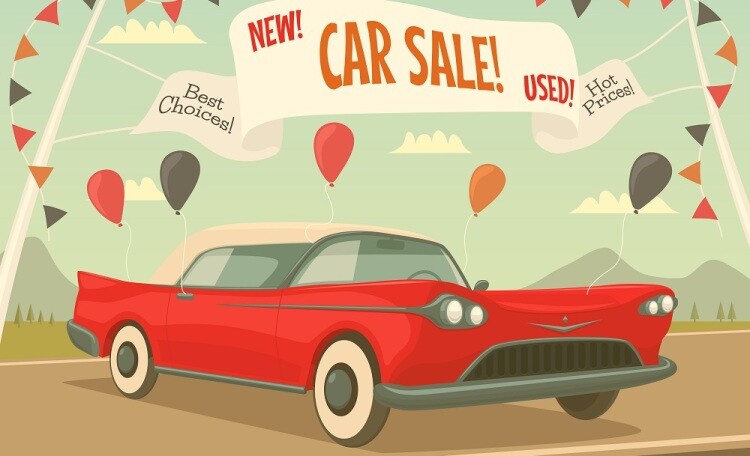 The old days of getting people to pull into the dealership on a whim thanks to colorful balloons, waving flags, and inflatable gorillas are gone. Today, dealers must rely on the digital tools like Craigslist cars at their disposal in order to get the exposure they need to increase sales. Craigslist for car dealers is one of the best venues for this.
It took a hit late last year when they started charging for listings… at least that was the perception held by many. Savvy dealers realized that “thinning the herd” and reducing the vast amounts of auto-posted inventory listings on the site brought a great deal more exposure for their cars than ever before.Here are three reasons that we love Craigslist so much as a powerful part of your marketing strategy:

Those who think that Craigslist is dying haven’t checked the numbers lately. It’s now the 10th most visited site in the United States according to Alexa with over 18 page views per visitor and nearly 13 minutes time on site. People go to Craigslist with a purpose and shopping for cars is one of the most popular purposes on the site.You get both ends of the spectrum on Craigslist: those who are actively looking for a purpose (low funnel) and those who are checking out cars when they just finished doing something else (high funnel). In the growth market that we’re in, being there at all stages of the shopping experience is a key advantage to posting on Craigslist.

It’s really easy to post to most other places. You set up your feed and let your inventory provider do all of the work to get all of your cars out there. How they look, what they’re saying – all of that’s automated.

There’s nothing wrong with this sort of automation, but the personalized and individualized control that Craiglist brings to the table makes it much easier to focus on getting the right vehicles out there with the right message. Perhaps you want to push some vehicles that have been on the lot for too long. Maybe you want to selectively pick out the best cars to increase sales immediately. You might even want to hand-craft the messages on all of your cars to increase overall visibility.

If there’s one drawback to Craigslist, it’s that it’s not easy to keep it updated if you have a good amount of inventory which is why we strongly suggest using posting tools. Their Craigslist system is trusted by the biggest names in automotive from top dealers and dealer groups to other vendors.

Some people swear by Craigslist. It’s where they go for just about everything. We’re not talking about hundreds or thousands. Millions of people go to Craiglist every day to shop and a good chunk of them are there for the cars.

The site offers a different type of experience, one that many people crave. The interface is extremely simple and localized in ways that they want. More importantly, they get the chronological posting view that is ever-important to many car buyers today. They don’t want something that’s been out there for months. They want the hot deals, the cars that got posted this week or even today. The perception of urgency is unique to Craigslist, eBay, and Amazon, which is why the three companies have excelled in today’s “want it now” society.

We discussed earlier the “thinning of the herd” that made Craiglist such an appealing target for dealers. This cannot be overstated. More dealers are coming back to Craiglist every day and new ones are trying it for the first time. Its popularity in the automotive industry is growing, but so is the demand. This isn’t the type of strategy that can wait until next year. Dealers that want to sell more cars today and tomorrow need to be on Craigslist.