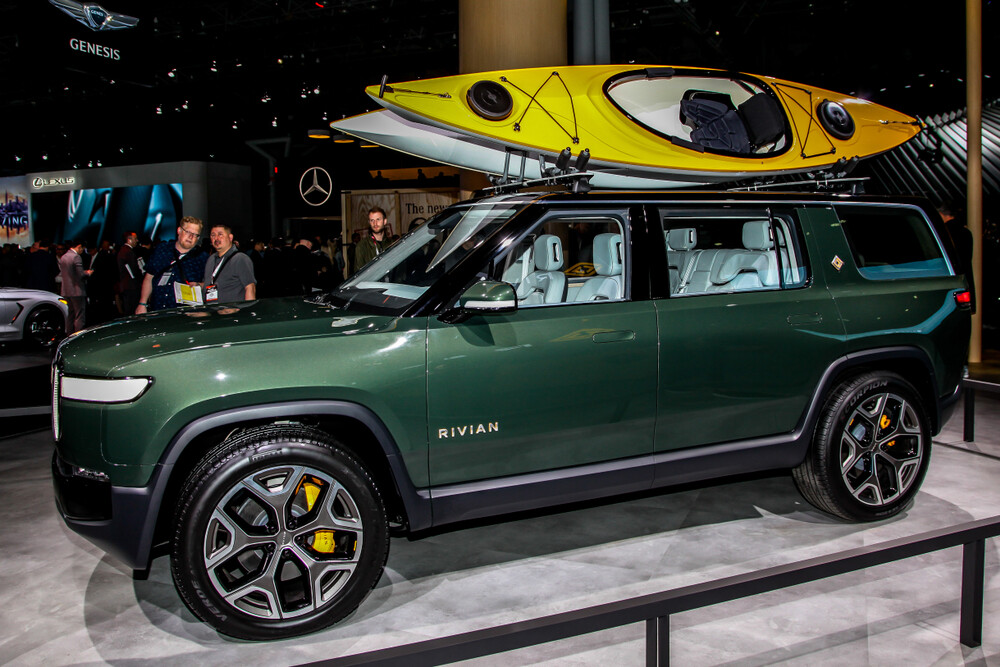 We enjoy talking about automobiles. It’s kinda our thing, you know? Every once in a while, a vehicle comes along that instantly captivates the consumer. Your first glance of the exterior immediately becomes a second, then a third, until you’re basically just staring at the car and you are compelled to find out everything about it. I had such an interaction with the Rivian R1S – All-Electric SUV.

Let’s get past the obvious. Right now, you’re probably thinking, “Rivi-what?” We assure you, Rivian is quite real. Rivian Automotive was founded in 2009 by Robert “R.J.” Scaringe, a graduate of Massachusetts Institute of Technology (MIT) with a doctorate in mechanical engineering. Most people don’t know anything about Rivian. The privately held company makes premium electric SUVs and pickup trucks. Now, on to the R1S. We know that it’s scheduled to be released in 2021. This is an ALL ELECTRIC SUV (We believe this should be mentioned frequently).

Here are some fascinating stats:

I’ve attended the New York International Auto Show (NYIAS) at the Javits Center, in Manhattan, for the past four years. I usually take many photos of the brands that we have as clients. I also take several images of personal wishlist cars. This is the event to do that, right? 2019 was the first time I noticed Rivian at the NYIAS. I don’t know if it was their first time at the show, but I made a bee-line right to their area as soon as I had a glance at the R1S (the SUV) and the R1T (the pickup). Their vehicles seemed to call out to me. The staff were very friendly and answered all of my questions. I found out that they haven’t sold any cars yet, but they were taking pre-orders at the auto show with a deposit. I was tempted, but had to pass, quietly adding it my wishlist.

There’s no mistaking it, the R1S is a beautiful and alluring vehicle. From top to bottom, the car is nothing short of exciting.

Rivian won’t be going anywhere soon, with significant funding raised (a total of $1.7 billion) from some heavy hitters with solid faith in the company. That includes $700 million from Amazon Inc. and $500 million from Ford Motor Company. Keep your eyes open because pretty soon, you’re going to see the R1S all over the place. Remember that name… RIVIAN.