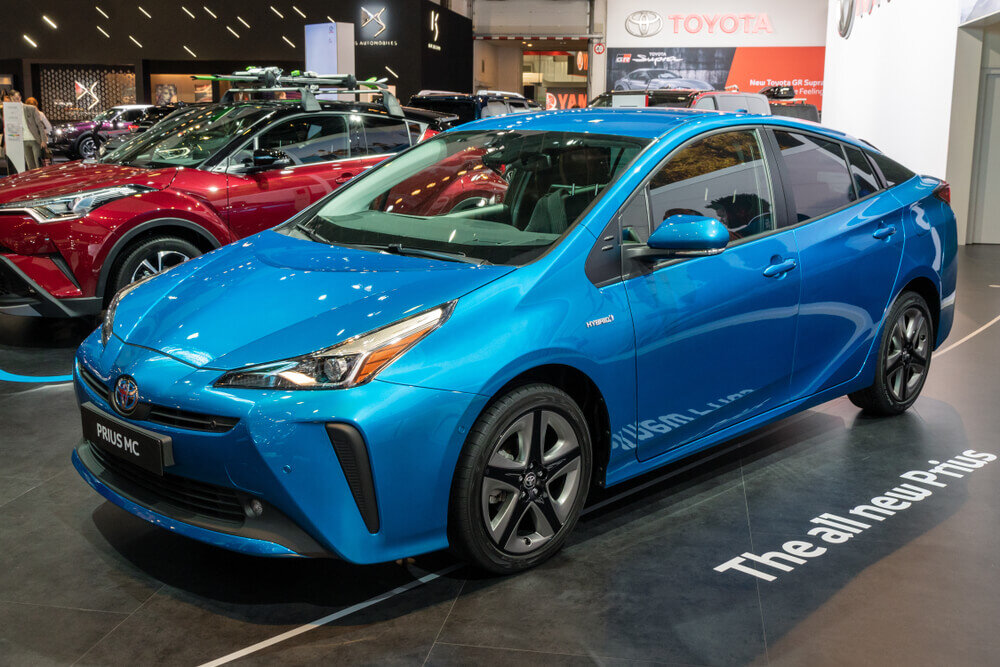 Let’s be honest. The Toyota Prius has always had a stigma in the automotive industry of not being a fun car to drive. Despite the fact that it’s a good car, it always seems to frequent in a “punchline space” whenever it’s talked about. Toyota decided to shake up the perspective on the Prius. In this article, we’re going to take a closer look at a new car that has blanketed in pure fascination, the 2019 Toyota Prius AWD-e.

The History of the Prius

In 1995, Toyota made the decision to debut a hybrid concept car at the Tokyo Motor Show. After one year, they began testing. The first Prius, model NHW10, went on sale in December 1997 exclusively in Japan. At its introduction in 1997, it won the “Car of the Year Japan” Award, and in 1998, the “Automotive Researchers’”, and “Journalists’ Conference Car of the Year” award in Japan. This was revolutionary in so many ways. This was the world’s first mass-produced fully hybrid-electric automobile built by one of the most popular auto companies on the market. When a radical product is created by a well-known corporation, it’s all a gamble. One of two things will happen. Either that product becomes historical and trendsetting or it will go down in flames in absolute infamy. It’s an understatement to say that the gamble paid off – the Prius has been the world’s best-selling hybrid since it hit the streets.

Looking back in recent years, most noticeably in the Northeastern United States, commuters could never get over the fact that the Prius was not truly made for winter driving. Imagine walking into your garage after a supreme pile-up of fresh snow, and there’s a RAV4 sitting next to a Prius. Ask yourself, “Which vehicle are you choosing?”. Enter the 2019 Prius AWD-e, the first AWD model available in the United States. All-Wheel-Drive isn’t something entirely new for the Prius. An AWD version has been sold in Japan since 2016. To borrow a line from the 1982 film Poltergeist, “They’re here”.

Prius in the News

Hybrid batteries have always been a concern to drivers. Even after building the Prius for over two decades, Toyota still has to deal with concerns from shoppers about reliability and the replacement costs regarding the large battery packs that the Prius needs. Toyota made a bold move earlier this month by extending its hybrid battery warranty to 150,000 miles or 10 years, whichever comes first. Considering the hesitation some may have from purchasing a hybrid vehicle, this is a big step up from the previous 100,000 miles or eight-year assurance the Prius used to have.

Now, let’s dig into the 2019 Prius AWD-e. All-wheel drive is only offered on two trims (LE & XLE), and it adds a rear electric motor that makes 7 horsepower and 40 pounds-feet of torque. The gas engine doesn’t do any of the driving of the rear wheels, it all comes from the electric motor. The fuel economy comes in at 52mpg (city), 48mpg (hwy), and 50mpg (combined). In case you’re wondering about the safety features, they are plentiful (it IS a Toyota after all). The LE trim has active park assist, front and rear parking sensors, blind-spot monitoring, rear cross-traffic alert, and ToyotaCare. The XLE trim has the same safety features in addition to some luxurious perks like synthetic leather upholstery, heated front seats, a heated synthetic leather-trimmed steering wheel, and wireless charging for enabled smartphones. Rain-sensing windshield wipers and 17-inch alloy wheels are also standard with the XLE.

When it comes to deciding on a hybrid vehicle, the 2019 Prius AWD-e should be on your list. We would be shocked if it wasn’t in the number one spot. No more whispers about how “boring” the Prius is. No more great concerns about the battery and replacement costs. No more freaking out and anxiety when that frosty white stuff is falling from the sky. You have AWD now. You can breeze through the snow and have a robust laugh flying past gas stations. That is not a bad way to live.